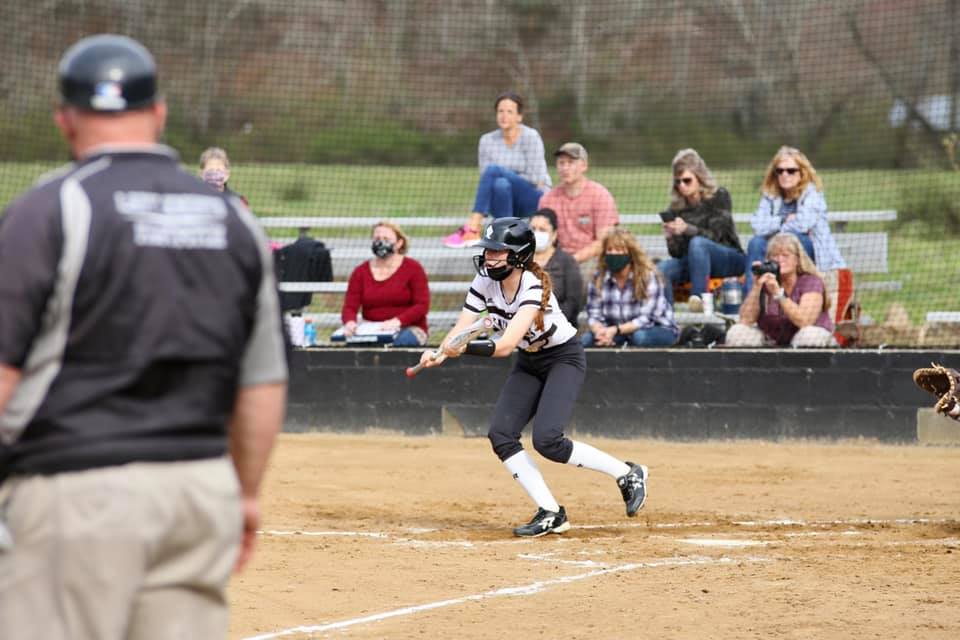 Robbinsville Lady Knights Senior Catcher and leader Maggie Knight has her team rolling to start the year. With Big wins over Hiwassee Dam and Swain, the Knights are atop the SMC as expected heading into this year.

In the first game of the season, Robbinsville played host to Hiwassee Dam on Saturday, March 20th. Maggie Knight was a menace at the plate, plating five runs on two hits in the Black Knights 12-8 win over the Eagles. The Chattanooga-State Community College commit was 2-3 in the game, including a Home Run in the third and a Double in the Fourth.

A big 4th inning was the difference maker for the Lady Knights. Ally Ayers, Gabby Hooper, Maggie Knight and Sydney Farley all scored runs in the inning.

Patience Frapp was in the circle for the Knights, allowing four runs on six hits while securing the W. Memory Frapp came on in relief and tossed the last nine outs of the ball game, earning a save.

In the following game against Swain County on Tuesday, March 23rd, Memory Frapp was named the starter. She allowed one run on two hits, while striking out nine in her seven inning-complete game, 5-1 victory.

Brooklyn Turpin came on as a courtesy runner for Maggie Knight after Knight singled in the first, and Turpin was able to steal 2nd, 3rd and home in a crazy sequence of events that gave the Lady Knights a 1-0 lead.

The Lady Knights never looked back, tacking on 2 more runs in the 3rd and 4th inning, including a 4th inning bomb by Kensley Phillips.

Maggie Knight, Kensley Phillips, and Zoie Shuler all managed hits for the Lady Knights in their game against Swain.

Robbinsville will be back in action on Thursday against the Rosman Lady Tigers.