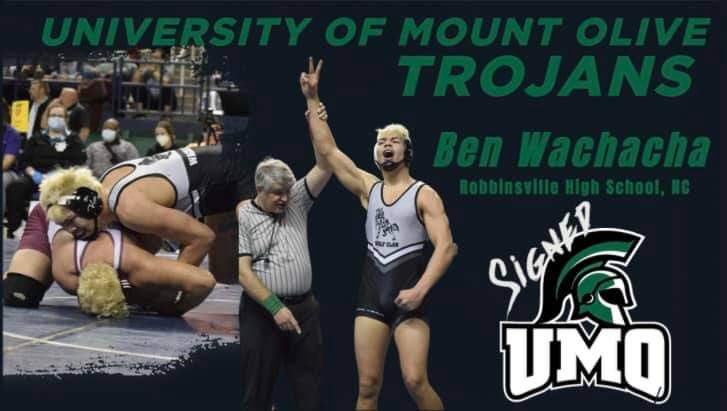 Graham Co, NC- If you know anything about Robbinsville High School athletics, you know the name Wachacha. A long line of athletes with that last name have left their mark on Graham County, with the most recent being Benjamin Wachacha.

Ben was an opponents worst nightmare on the football field and on the wrestling mat, and he’ll continue to give the opposition nightmares on the mat as he has officially signed to continue his academic and wrestling career at the University of Mount Olive.

Wachacha finished his highschool career with over 100 wins and back-to-back State Titles, and will be a vital piece in helping Mount Olive build up their wrestling program. We look forward to seeing Ben get back on the mat, and wish him all the best in his college career. It was an honor to watch him play and cover his success on the field and on the mat. Big things are ahead for Big Ben.