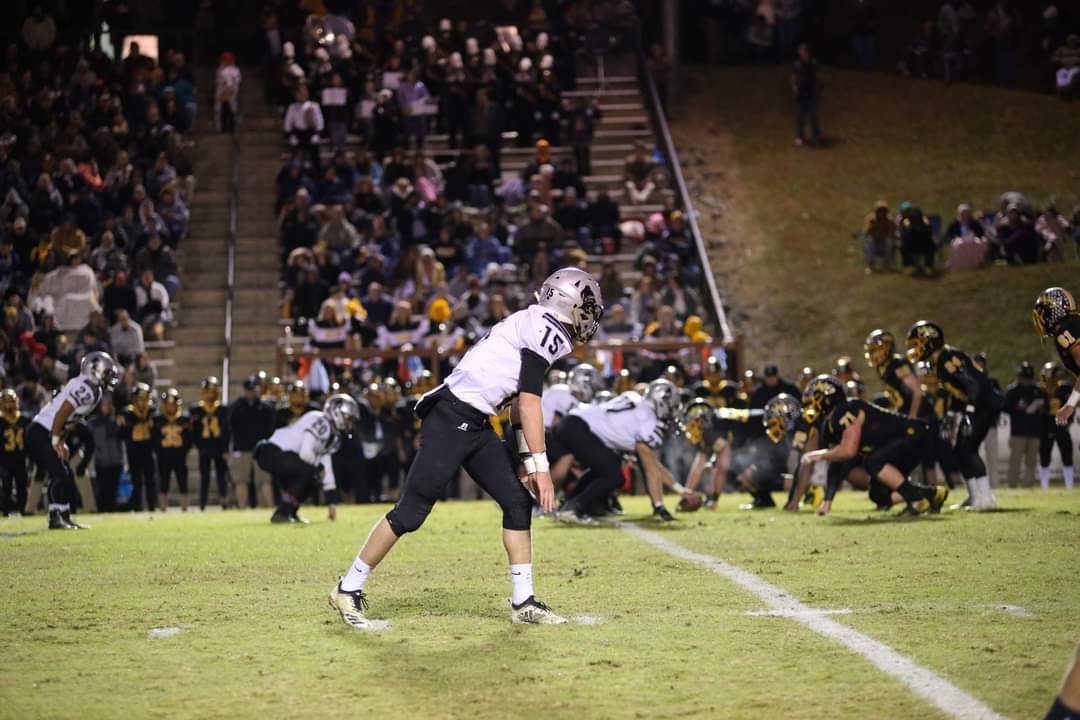 Stop me if you’ve heard this one before- The Robbinsville Black Knights and the Murphy Bulldogs are set to play in the Smoky Mountain Conference Championship game this Friday.

These two teams seem to always find each other in the final game of the year, no matter the sport, as of late.

Earlier this year we saw the Lady Bulldogs and the Lady Knights face off in the SMC championship for basketball, and it looks like in the softball world it could be headed in that direction too.

In football, 7 of the last 8 seasons have ended with the Black Knights or the Bulldogs on top of the SMC. If I am not mistaken, the conference has produced 8 state championships since 2011 (Murphy- 4, Robbinsville- 2, Swain 1, Cherokee- 1).

8 State Titles won since 2011. Not even counting the other times teams from the SMC made it to the big game and lost. You can tell by looking at the numbers how important this game is this week, and how large of an impact it has on playoff implications. Winner will be one of the 7 #1 seeds in the state, loser is a #2 seed.

The Bulldogs come into the game undefeated, riding a HOT offense. They will look to avenge last year’s losses to Robbinsville. In the SMC Championship game last year, Murphy fell 17-14. Then when the two teams matched up in the playoffs, Robbinsville won once again with a score of 24-13.

Murphy is looking to turn the page this year however, as they’ve basically ran through the rest of the conference like a wet paper bag.

Murphy’s high powered offense is something to behold. They are averaging 44.5 points per game this year, and are very good at NOT turning over the football. They have only turned the ball over 3 times this year.

The offense is led on the ground by Senior Running Back Ray Rathburn. Rathburn has picked up over 500 yards on the ground this year, while tacking on 8 rushing touch downs and averaging 8 yards per carry.

The Dogs backfield is kind of baffling. You know that Rathburn is the leader, but you really don’t know who is going to get the football. Sophomores John Ledford and Ty Laney are also lethal weapons on the ground. Ledford has 433 yards and 7 touchdowns thus far, while averaging 12 yards per carry. Ty Laney is really coming on as of late. He has 7 touchdowns in the past 2 games, including 4 touchdowns last week against Cherokee.

Junior Quarterback Kellen Rumfelt has also done a phenomenal job this year behind center. Rumfelt is averaging nearly 100 yards a game through the air, which has allowed him to pick up 581 passing yards and 6 passing TDs this year. He also hasn’t thrown an interception on 57 pass attempts.

The Dogs are also a problem for opposing offenses thanks to their stout defense. The defense is led by Senior Linebacker Landon Jordan. Jordan is leading the team in tackles and is the l motor for the team defensively.

The Bulldog D is holding opponents to only 11.5 points per game. Teams are also only converting 3rd downs at a mere 39 percent. Murphy has forced TWENTY turnovers on the year, and they do a great job converting those turnovers into points. Opposing teams are averaging around 150 yards per game on the ground against the Dogs, but they are having absolutely zero luck through the air. The ball-hawking corner back duo of Juan Allen and Payton McCracken along with the rest of the Murphy Defensive Backs coached by Joseph Watson, have intercepted teams 11 times already this year over 6 games.

The Black Knights also head into this SMC championship game on an absolute roll. They are 6-0, and just like the Bulldogs, they have put up 30 or more points in each game. On paper these two teams look pretty much the same. High powered offenses led by an established run game. What sets the Knights apart is their experience, and their absolute monstrous line play.

Lex Hooper leads the Knights’ running game. He has accumulated over 550 yards on the ground thus far, and also leads the SMC with 12 rushing TDs. He also isn’t just a one dimensional back, Head Coach Dee Walsh uses Hooper’s hands out of the backfield and he’s caught both of Senior QB Nate Collins’ passing TDs this year. The share volume of Hoopers workload in and of itself is impressive- he’s already ran the football over 100 times this year.

Speaking on Senior QB Nathan Collins, he’s also a guy that can hurt you in multiple ways. He has proven that he can get it done on the ground- Averaging 8.2 yards per carry and over 50 yards per game- and also through the air- Averaging 86 yards passing per game at a 60% click. Collins also isn’t afraid to get dirty on defense. He’s picked opposing QBs off 3 times this year, and has over 20 Tackles on the year.

Staying with the Black Knights Defense here, they are led by Senior Defensive End Rossi Wachacha. Wachacha was the FYN sports preseason Defensive Player of the Year for a reason, and he has proved it this year. He is an absolute wrecking ball when he’s on the field. When you see 88 walk out on defense, you can bet that he’s going to make the play. He has 2 sacks and 2 picks on the season, and you just never know where he’s going to be lined up defensively.

Another big part of the Black Knights Defense is Sophomore Cuttler Adams. Adams leads the team in Tackles at 31, and has 2 fumble recoveries and 1 INT. On the offensive side of the ball, Adams serves as the change of pace back when Hooper needs a breather. Adams has picked up 273 yards on the ground this year and scored 5 TDs.

The Robbinsville Defensive and Offensive Lines are incredible. Take a look at these biometrics:

That’s an average of about 6’2 250 pounds on a little 1A football team. Absolutely unheard of! Strong, cornfed young men that are going to try to give Murphy 4 star lineman Yousef Mugharbil a run for his money.

This is shaping up to be one of the best conference games we’ve ever seen, and the team here at FYN sports cannot wait. We will be live streaming the game for free for those of you that can’t make it or are unable to get tickets over on FYNTV.com.