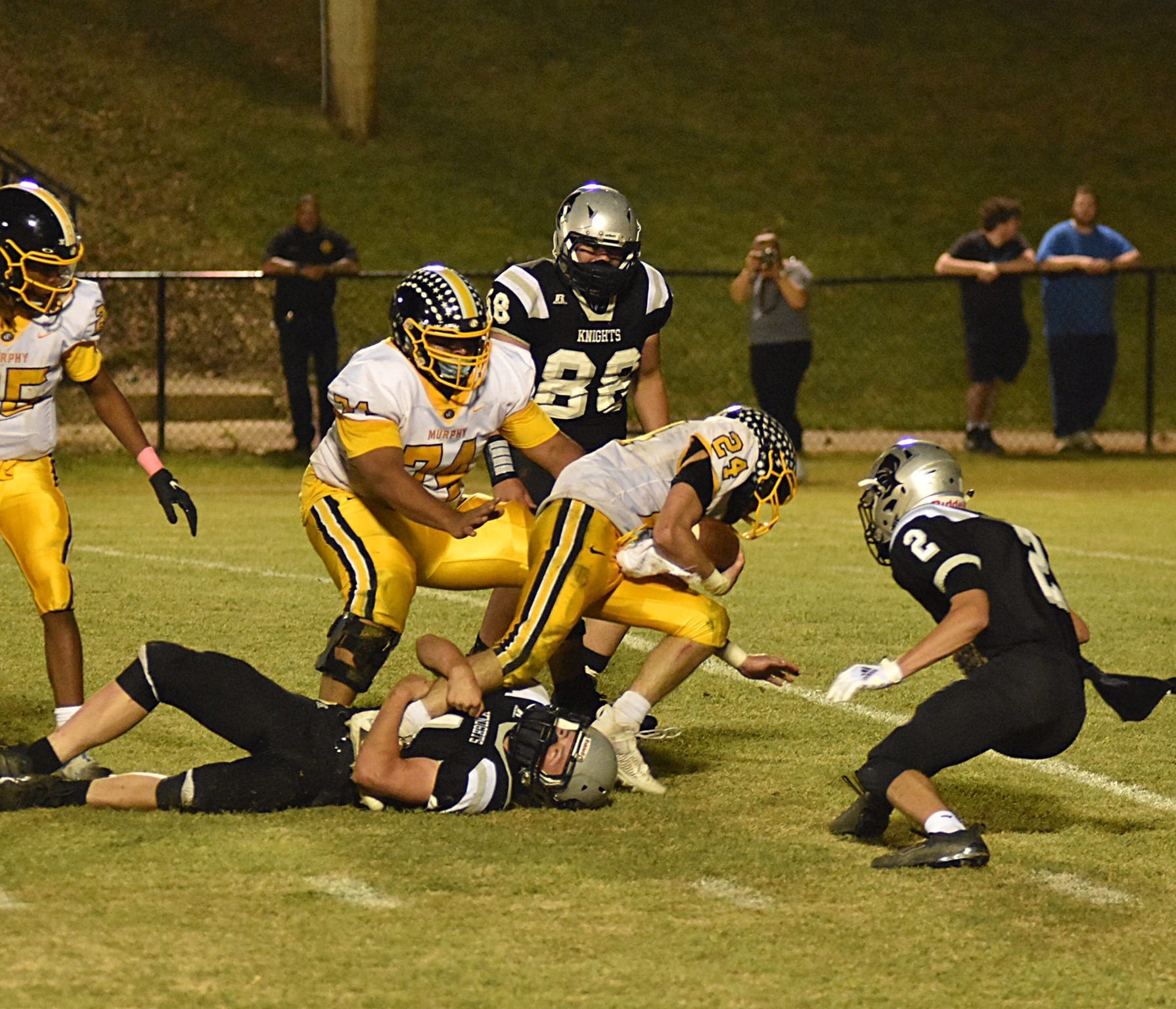 The Murphy Bulldogs and Robbinsville Black Knights faced off in the conference championship game Friday night. Both teams came into the game undefeated looking to secure the top playoff seed in the smoky mountain conference. Yet on this night the Black Knights were the team with better ball security leading to them a 17-7 win.

The Black Knights won the opening kickoff electing to receive to start the game. It was a good choice as they marched down the field for a great first drive taking an early 7-0 lead. Murphy got the ball on their first drive but quickly went three and out. Robbinsville got the ball back and were driving down the field to end the first quarter. It needs to be mentioned that Murphy only ran three offensives plays in the entire first quarter.

Robbinsville continued their second drive of the game to open the second quarter all the way inside the redzone. The Murphy defense held strong though forcing a field goal attempt, that was missed by Robbinsville. Murphy did get a first down on their second drive but that was about it as the Bulldogs had to punt it away. Murphy almost forced a three and out but on 3rd & 20 Nathan Collins found his tight end wide open for a 40 yard gain on what appeared to be a busted coverage by Murphys defense. Robbinsville was able to capitalize on the mistake finishing off the drive with a touchdown to take their lead 14-0. Murphy on their next drive got all the way inside the Robbinsville 10-yard line but fumbled it away to Robbinsville. The defense did step up though forcing a three and out though. Unfortunately for the Bulldogs there punt returner fumbled the ball giving it right back to Robbinsville. Thats how the game went to half with a Robbinsville 14-0 lead.

Murphy received the second half kick and had their best play of the game offensively with a Ray Rathburn run all the way into Robbinsville territory. Kellen Rumfelt led the way picking up several big third and fourth downs pickups on the drive. Finishing it off with a huge touchdown pass, on 3rd & 20 Rumfelt throwing a perfect ball to Cole Laney for the touchdown. This is how the third quarter ended, the Bulldogs trailing 14-7.