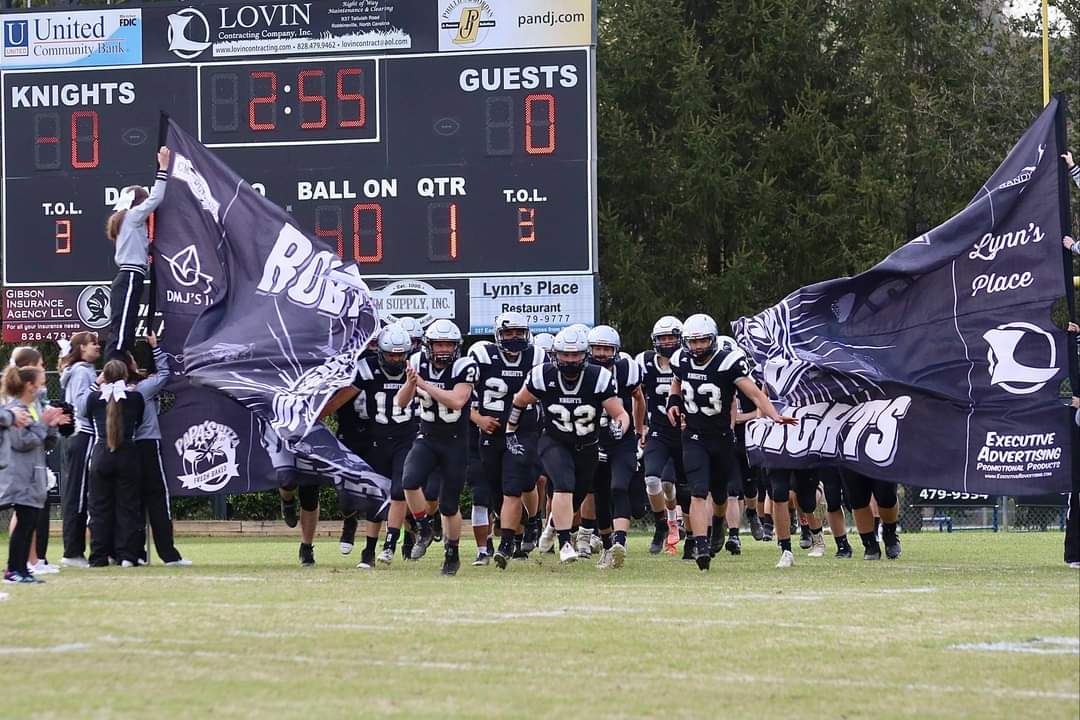 The defending State Champs barely made it out alive last week, going into double overtime before finally beating Winston-Salem Prep by 2 points. It was the game of the year up to this point probably, and the Knights were able to take care of business. Things weren’t nearly as close for the Mountaineers of Mitchell County last week, as they put up a 56-0 shutout on Christ The King. This week, we get to see the Knights and the Mountaineers battle it out in the 2nd round of the 1A State Playoffs. Let’s run through what to expect in this 2nd round matchup between #2 seed Robbinsville and #3 seed Mitchell.

As mentioned earlier, the Mountaineers put up 56 points in their opening round playoff game. They may be the #3 seed, but as everyone they have played this year can attest, they are one of the best teams in 1A. MaxPreps currently has the 7-0 Mountaineers ranked 3rd in 1A. The style of football that Mitchell plays is straight up mountain football just like they play in the Smoky Mountain Conference. Sophomore Ty Turbyfill is the teams quarterback, and he has shown great progress for his age. He averages nearly 100 yards passing and 100 yards rushing per game. Runningback Tanner Duncan is also a big part of the Mitchell offense, averaging nearly 8 yards per carry and 90 yards per game. When you look at the two teams on paper they remind me of each other, the way they use the QB/RB option. Winston-Salem Prep may have put up 40 points on Robbinsville, but I doubt Mitchell is able to replicate that. Mitchell is a slow paced-pound the rock offense-much like Robbinsville, but they pass the ball A little better than the Knights. Now they aren’t near the passing team that W-S Prep is, but they get it done through the air. Ty Sparks is the Mountaineers leading wideout, catching 16 passes for over 250 yards. Caaius Arrington is also a very good WR for Mitchell, so that duo is going to be one to watch on Friday.

The Black Knights enter the second round after winning a nail biter last week in double OT. We’ve got a #3 ranked Mitchell and a #5 ranked Robbinsville in 1A according to MaxPreps. There are a lot of question marks surrounding Robbinsville entering this one. Will they be able to get up for this one after a Double OT thriller last week? How banged up is star Runningback Lex Hooper? Who else may miss time or not be 100% due to injury? Have they found their replacement at Center? One thing is for certain: The Knights have won 26 straight games, and they are a championship program. Sometimes it doesn’t matter if you’re playing bad-or even if you’re not the better team-you can will yourself to victory. This Black Knight team has a lot of heart, you can see that if you go back and watch the tape from last weeks game. I believe they are going to have to rely on their heart in order to come away with a W in the 2nd round. Well, heart and homefield advantage. With Lex Hooper being hobbled and the possibility of the Knights being without 6 of their starters, they are going to have to rely heavily on the crowd and the energy they bring. Freshman Cutler Adams is a great runningback and has proved himself this season, but if he is going to have to fill the shoes of Senior Lex Hooper, he’s going to need some inspiration from the crowd in this one. The Knights Defense gave up 40 points last week, but look for them to get back to their regularly scheduled programming this week. I think this is a very low scoring, 1 possession ball game. May even see a score of 14-10 or 10-7.