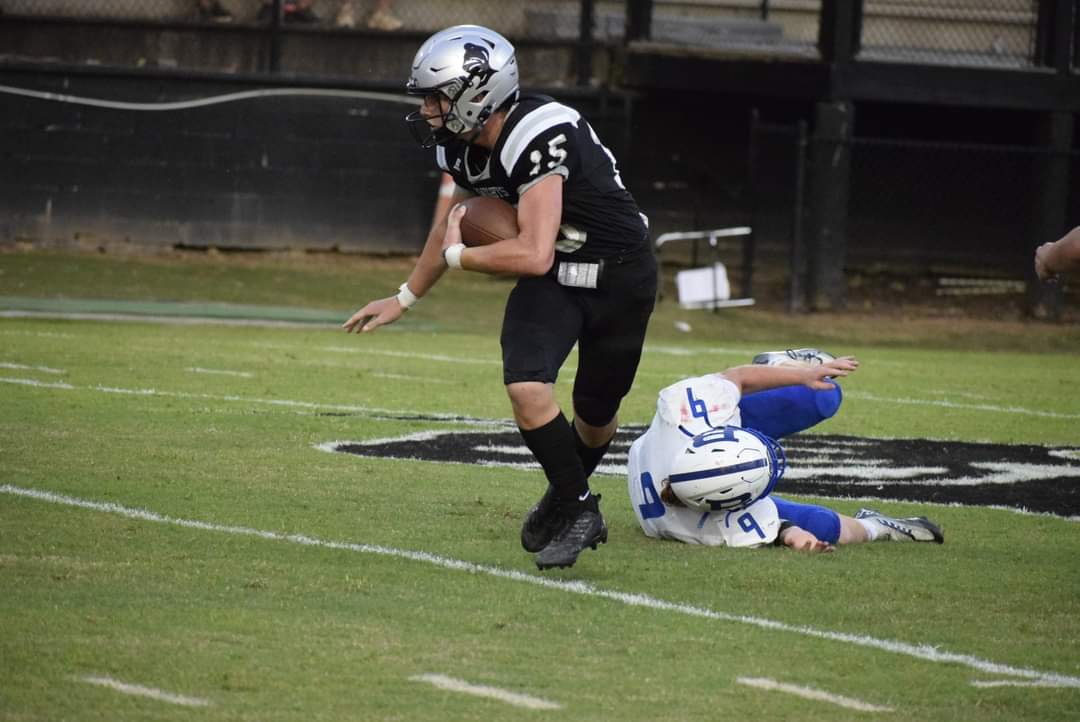 After falling to Asheville in Week One, the Black Knights defense led the team to their first win of the season with a dominant 32-7 road victory against Brevard on Friday night. The Black Knights scored 26 unanswered points and shut out the Blue Devils in every quarter but the first. Jude Campbell had a big scoop and score to open up the scoring in the second half while Cuttler Adams added three TDs on the ground. The only thing the Knights seemed to have trouble with last night was their 2-point conversions as they went 1-4 in the game.

It was the Cuttler Adams show in this one for Robbinsville, as he racked up 200 yards on the ground and three touchdowns. Adams had two big touchdowns in the first half with a 78-yard and 51-yard score for the Knights in the first quarter. QB Donovan Carpenter connected with WR Caden Lail for a big 71-yard score in the 4th as the Knights continued to hold down the Blue Devils. Carpenter had a solid night in the air going 5/7, 116 yards, and 1 TD. The Knight’s defense was solid all night as they held the Devils to just 162 total yards and just the one score.

Nothing went the Blue Devils way in this contest as they managed only 7 points. QB Colt Swicegood added just 47 yards in the air while also throwing an interception. And the run game never really got going for Brevard as the team averaged just 2.9 YPC. The defense also has a lot to figure out ahead of next week as they allowed 392 yards with 276 of them being on the ground.

Robbinsville will turn their attention to the Mountain Heritage Cougars (0-2) as they play host next Friday night. Brevard will travel to Asheville as the Blue Devils will go up against the Asheville Cougars (1-1).