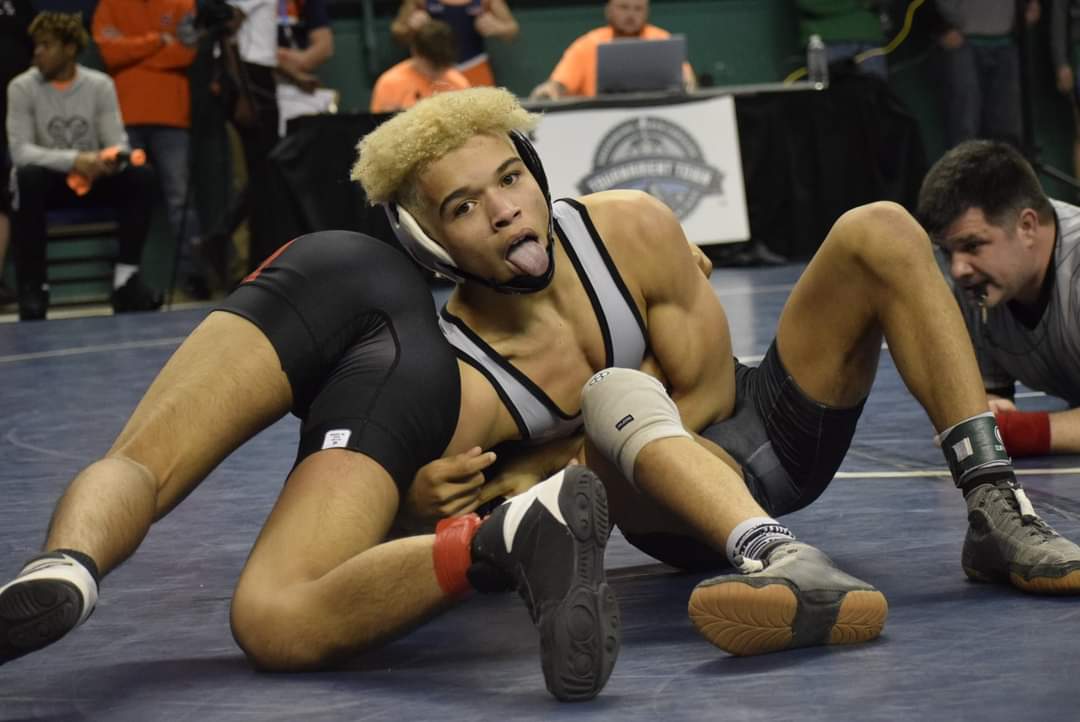 Greensboro- The Robbinsville Black Knights sent 9 wrestlers to the NCHSAA 1A Traditonal State championships in Greensboro this weekend, and 7 of those 9 ended up on the podium when it was all said and done. 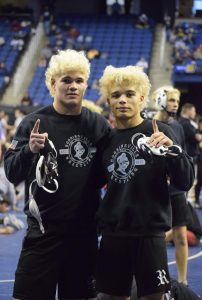 As a team, Robbinsville finished second in the state behind Avery County. 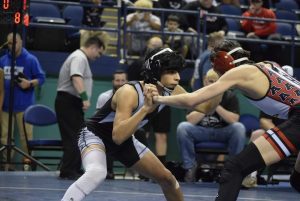 Alexis Panama defeated Hunter Fulp of North Stokes by 10-3 decision in the 106lb state championship match. On his way to the title, Panama defeated Christian Harris (pin) of Albemarle and Cooper Foster (MD) of Avery County. 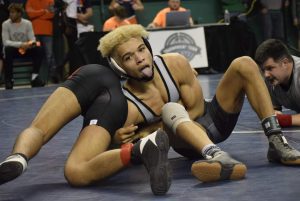 The 126lb state championship was a rematch of the 126lb Western Regional Championship between Jayden Nowell of Robbinsville and Grant Reece of Avery County. Nowell got the best of Reece in the region championship- but Reece got his revenge this time around at State, defeating Nowell by decison (8-4). The Senior wraps up his highschool career as The Ville’s all-time pin leader and one of the best to come through the Black Knights historic program. 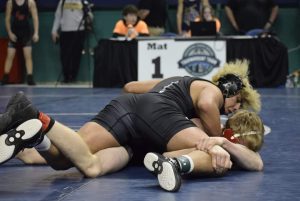 Jaret Panama lost his opening match to eventual 145lb State Champ Ranfere Garcia, and wrestled all the way back for a fourth place finish. Panama finished his Senior season with a record of 23-12.

For the second straight year, the trio of Fink × Williams × Wachacha dominated the 182lb thru 220lb weight classes. 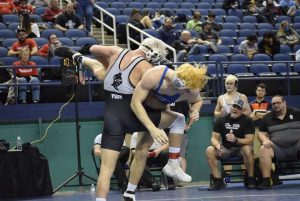 New year, new weight class, same result for Fink, as he went pin-major decision-pin on his way to a state title in the 182lb class. Fink won the 195lb title last year, but moved down this year so he and fellow Black Knight Kage Williams could be in a more comfortable division. 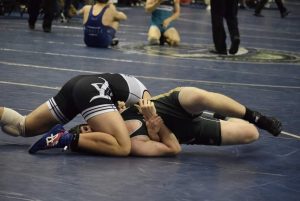 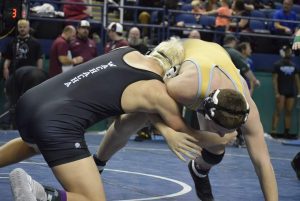 Wachacha was the 3rd of 3 Robbinsville wrestlers to win a ring for the second straight year. Big Ben defeated conference foe Carson Taylor of Swain County in the 220lb state championship bout. Wachacha finished the season a champion, with a 40-6 record. 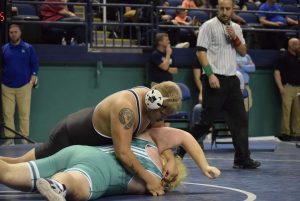 Wesley lost in the heavyweight state finals to Avery County’s Levi Andrews by 3-0 decision. Wesley’s semi-final matchup was one for the books, as he won by ultimate tiebreaker (3-2) over Thomasvilles Deshawn Holman, the #1 seed from the East. 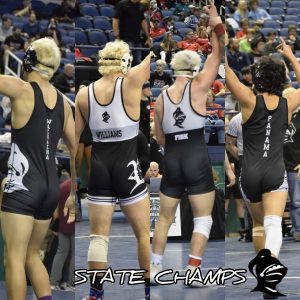